Amazing Amazon Drones, and a Drone You Can Play With Too 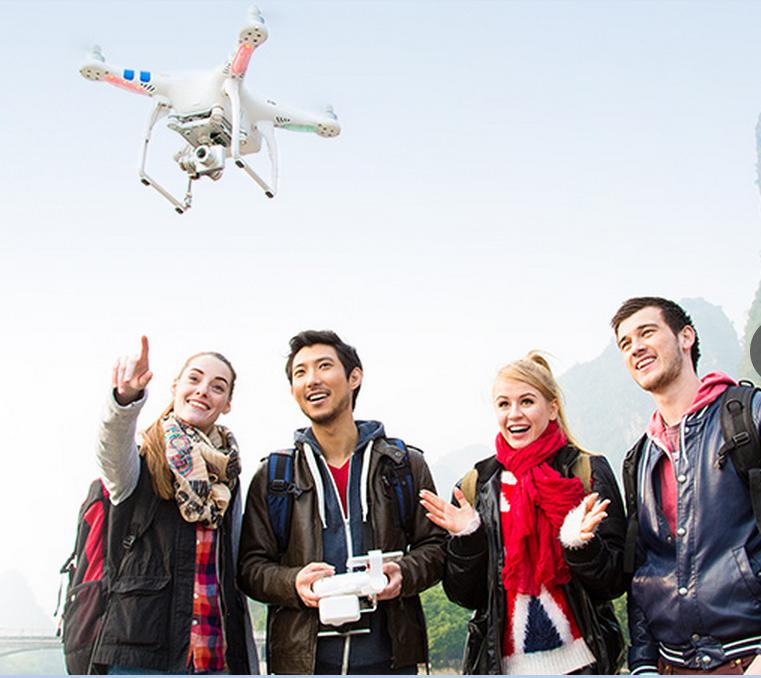 We have all heard the hype about the Amazon Drones. Well, here are 6 things that you should know before these drones hit the sky. Courtesy of Forbes and Gregory McNeal. Amazon has asked the Federal Aviation Administration (FAA) for an exemption from rules prohibiting the use of drones for commercial purposes.  With this request, the company has signaled that they are serious about transitioning the idea of thirty minute Prime Air deliveries from concept to reality.

Current FAA rules restrict commercial use of drones, and Amazon is seeking an exemption from those rules so the company can conduct additional research and development of their Prime Air concept.  The company claims to have made rapid developments in its Prime Air program by testing their drones inside their research and development lab in Seattle. Now, the shopping giant wants the ability to safely innovate and to do, in their words “what thousands of hobbyists and manufacturers of model aircraft do every day.” 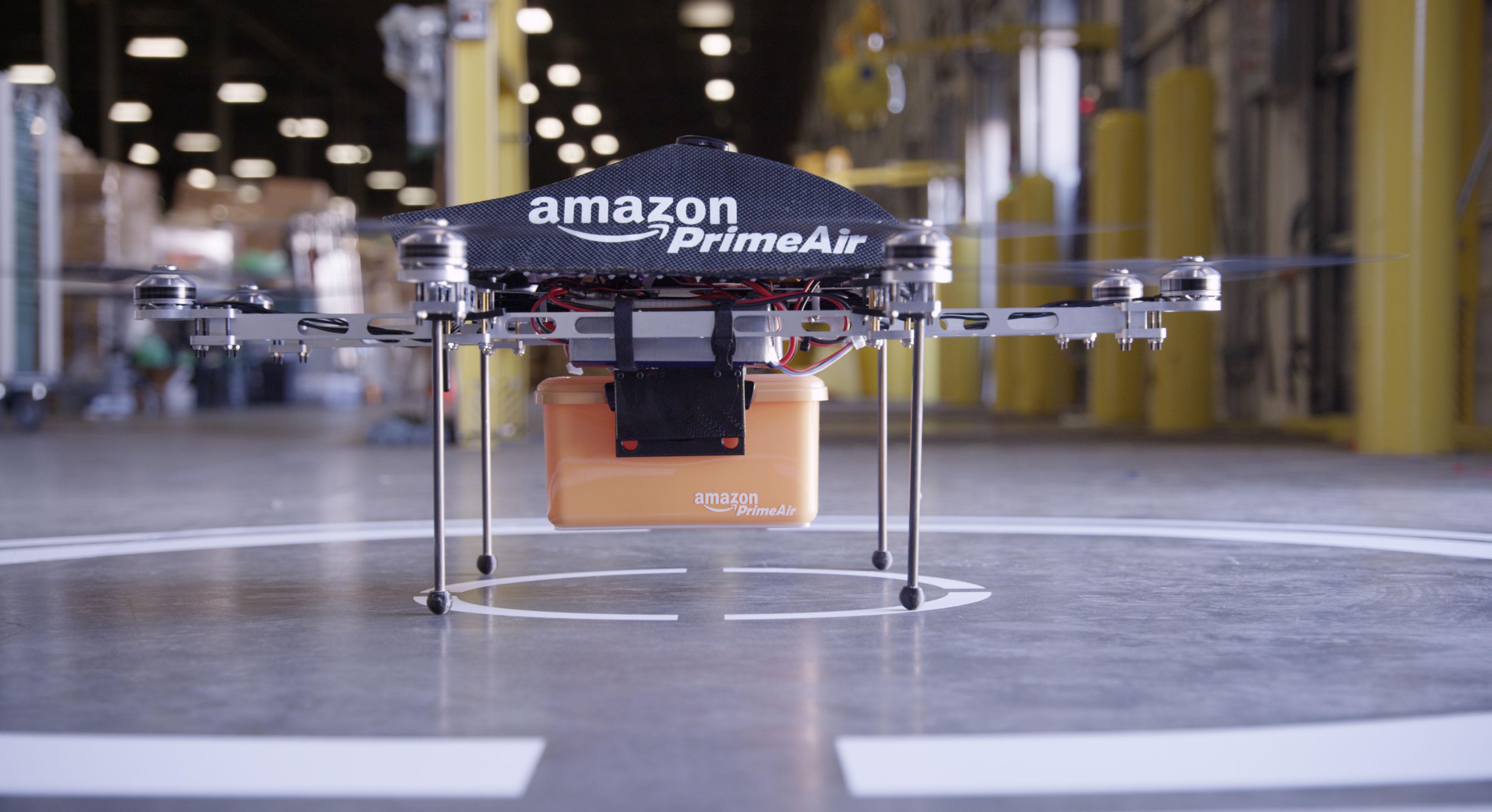 Here are six things you need to know about Amazon’s request to fly drones:

1.  If the FAA grants Amazon an exemption, it does not mean Amazon drones will be flying down your street.
Amazon is not asking to fly drones up and down the streets of Seattle or any other public place for that matter.  Their request is very clear, the company wants to to engage in private, non‐commercial research and development operations involving drones on their own property.

Amazon wants to operate what they refer to as their “own private model airplane field, but with additional safeguards that go far beyond those that FAA has long‐held provide a sufficient level of safety for public model airplane fields.”  Amazon’s operations, if allowed, will be conducted in a confined area over isolated Amazon private property.  The company plans to locate their private air field a sufficient distance away from any airport, heliport, seaplane base, spaceport or other location with aviation activities.  They plan to do so away from densely populated areas and any military or U.S. government installations or airfields.

2.   Amazon claims their drone technology has advanced significantly in just five months.
Demonstrating how innovation can occur rapidly when a company has the will and resources to experiment, Amazon claims to have rapidly prototyped their systems using indoor research labs in Seattle.  The company has quickly developed highly-automated aerial vehicles with advanced capabilities and claims to be on the ninth generation of their drone.

The company has tested the full spectrum of their drone’s capabilities including agility, flight duration and redundancy.  They also claim to have developed sense-and-avoid sensors and algorithms that will allow the Prime Air drones to see obstacles and automatically avoid collisions.  The battery powered drones are a rotor based system capable of flying at 50mph, and can carry a five pound payload — which is sufficient to deliver 86% of the products in Amazon’s inventory.

3.   Amazon wants to innovate and knows that it can’t under the FAA’s burdensome regulatory regime.
The company has conducted rapid prototyping indoors (where the FAA does not control the airspace), but now they want to transition to testing outdoors.  Doing so will allow them to evaluate how the drones will operate in more realistic, non-lab like conditions.  However, once the company moves outside they will be subjected to the FAA’s burdensome regulations which stifle innovation.

The FAA currently requires all test aircraft to fly only at FAA test-sites, and to seek special “airworthiness certificates.” Certificates generally go to aircraft that have already gone through a lengthy period of R&D — but Amazon wants an exemption so that they can conduct R&D and prototyping.  The company says that it would be impractical for them to only fly at FAA test-sites or apply for a special “airworthiness certificate” for each of the drones they are evaluating.

The company has a strong argument given the fact that in a mere five months Amazon has advanced through nine versions of their drone.   Imagine the restriction on innovation that would have occurred if Amazon had to stop testing and researching while they waited for a bureaucrat at the FAA to approve each new version of their drone.  As Amazon stated, “it would be an unreasonable burden on both the FAA and Amazon if we were required to apply for a special airworthiness certificate for every sUAS design or testing configuration while we are in R&D and conducting rapid prototyping.”

Amazon compares their drones to model aircraft, which makes sense because manned aircraft are simply impractical for the type of delivery operations the company wants to test and eventually implement.  Amazon seeks to operate their drones (on their private airfield) within the visual line of sight of the operator and/or one or more observers, at less than 400 feet above ground level, and within Class G airspace.

Amazon plans to implement procedures to ensure that drone operators and observers are not distracted while flying their drones.  The operator will be considered a “pilot in command” and will have responsibility for the operation of the drone and will hold a private pilot certificate or will have completed FAA private pilot ground instruction and passed the FAA private pilot written examination.  The company plans to only use operators who have “completed training on the normal, abnormal, and emergency procedures in specific details and demonstrated proficiency with the sUAS being operated.”  Operators and observers will be in constant contact and if contact is broken between them, or if either individual spots a safety risk, the operator will immediately conclude the flight.

5.   Amazon plans to use technology to keep their operations safe.

The company is embracing technology to ensure operations are safe.  Rather than merely relying on the skill of a pilot to ensure that the drone stays within the test site, the company will instead use geofencing to keep the drone below 400 feet above ground level and within the boundaries of the test facility.  Geofencing is a feature in a software program that uses GPS or radio frequency triangulation to define geographical boundaries, effectively drawing a virtual barrier within which a drone can be confined.  This feature is one that is already available on many commercial drones.  As an example the DJI Phantom’s newest firmware update (see video below) includes safety software that automatically prevents the drone from flying near an airport.

Amazon also plans to add a feature to their drone that is common amongst most consumer drones, that is the requirement that each drone will safely stop operating and return automatically to a specific location on Amazon’s private property if the communications link to the drone is lost.

Interestingly, because the company plans to use an observer and an operator, they’ve empowered the observer with a “kill-switch” that will allow the observer to “press a physical button, that will be within his/her reach at all times, that reduces power to the vehicle so as to force a controlled landing; both the hardware and communication for this safety system will be physically separate from the sUAS flight control systems.”

6.   If the FAA doesn’t grant Amazon’s request, the company will move their drone R&D operations outside of the U.S.
In their exemption request, Amazon made clear that they have other options for testing their drones.  They wrote:

That’s a not so subtle hint that the company will take their R&D abroad if the FAA doesn’t get their act together.  It would be relatively simple for Amazon to take their operations to Canada, which has proven to be extremely hospitable to drone companies.

Amazon sees drones as the future of commercial delivery.  The technology is one way Amazon can shave down shipping expenses which cost the company nearly $4 billion per year.  Amazon has demonstrated that they are committed to developing drone technology to secure their future — the question is, will the FAA allow it?

And if you are looking for your own drone to play with, we just launched one today!

I will honestly say that playing with the DJI Phantom is one of the easiest to do and most fun things that I have picked up in recent memory. Be sure to check it out below!

DJI Phantom FC$): The World’s #1 Rated Drone With Wi-Fi HD Camera for 35% off (the best price you will find on the web!)