The Mac Freebie Bundle | 8 Quality Mac Apps Worth $117 FOR FREE! 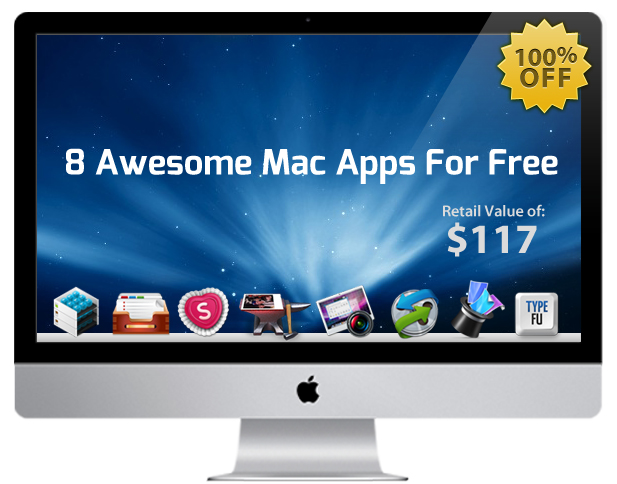 StackSocial has partnered with some awesome Mac developers to launch our first-ever Mac Freebie Bundle! This bundle allows Mac users to get eight apps that enhance their computers and boost productivity. Though these apps normally cost a total of $117, our fans can Stack up for free!

The Mac Freebie Bundle is part of StackSocial’s 2013 #DoMore campaign aimed at helping YOU be more productive in the New Year. This is not the first innovative bundle from the StackSocial team; last October we launched the first ever Name Your Own Price Mac Bundle which allowed users to get up to 9 apps for as little as $1. Missed out? Don’t fret, we plan on running a couple more in 2013!

The Mac Freebie bundle will run for two weeks expiring on January 30, 2013. The 8 applications included are as follows:

What are you waiting for? Click here to Stack up on these 8 awesome apps for free and kick of 2013 with a bang!