Why London is Protesting Uber 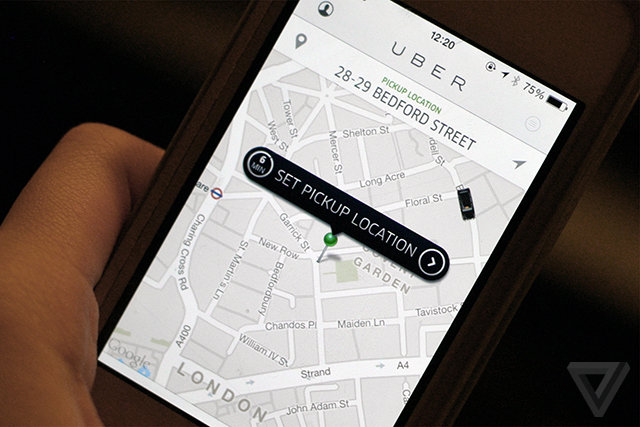 Some new interesting news hit the scene today. Uber, the popular app that uses your phone’s GPS to detect your location and connects you with the nearest available driver, launched a new service in London. Well, they tried to at least. The Verge wrote a piece discussing the fallout of their actions and how a protest may actually benefit the company.

“Amid widespread protests across Europe today, Uber is launching a new taxi service that gives Londoners access to the city’s iconic black cabs. Named UberTaxi, the service strays from the regular Uber pricing structure, instead adhering to Transport for London’s standard three-tier fare rates. Customers booking a black cab through Uber won’t be charged a booking fee, but drivers will be charged a flat commission of 5 percent. The setup is remarkably similar to another cab app, Hailo, which acts as a matchup service for existing taxi drivers and prospective clients in major cities around the world.

UberTaxi can be seen as an olive branch to London’s black-cab drivers. Upset with losing customers to Uber, drivers today will congregate in central London in protest. They argue that Uber drivers circumvent taxi laws by using a mobile app to calculate fares. Under local law, only black cabs are allowed to meter fares, while “private hire” cabs like Uber should be able to quote a price before a journey begins. Although laws differ from country to country, licensed cab drivers around Europe are perturbed by Uber taking advantage of legislative loopholes to operate while undercutting traditional services. In addition to London, protests are taking place today across Paris, Milan, Madrid, and other major European cities. UberTaxi appears as the fourth option in the Uber app. As the service abides by black-cab pricing, it usurps the Uber Lux as the most expensive service available from the company.

However, it seems the standstill caused by protests is actually helping Uber’s cause. The company claims it’s already seen an 850 percent increase in sign-ups compared to the same day one week ago — before drivers took to the streets. But it’s hard to imagine how any of those people are actually getting somewhere; the public display has resulted in major gridlock throughout central London.”

As usual, check out our awesome tech deals here and get great deals like 55% off Scrivener 2: The Best of the Mac App Store 2011 and 92% off the Full Stack Hacker Bundle!